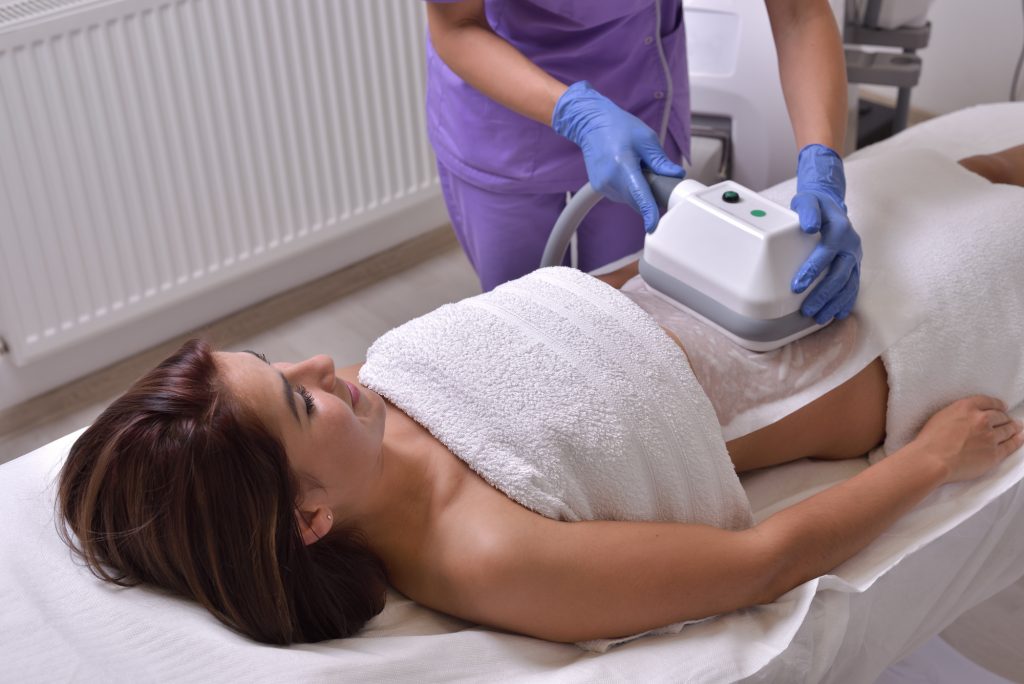 If you’ve got stubborn body fat that just won’t go away, Coolsculpting treatment might be just what you need. But does coolsculpting work?

Chances are you’ve seen a commercial by now touting the benefits of a CoolSculpting procedure in Los Angeles, which has skyrocketed to become one of the most popular nonsurgical fat reduction treatments in the world.

The American Society of Plastic Surgery reports that over 450,000 of the fat freezing treatments are being performed annually across the globe. But does fat freezing work and can it really slim down a body by cryo fat freezing? Read on to get the skinny on this innovative and totally cool cosmetic procedure.

A Brief History of CoolSculpting and how it works.

An accidental discovery of what popsicles did to children’s cheeks led to CoolSculpting’s development. Dr. Dieter Manstein and Dr. R. Rox Anderson, two Massachusetts General Hospital dermatologists, found that kids who ate a lot of popsicles started to develop dimples.

They experimented with applying temperatures of 40 degrees Fahrenheit to various parts of the body to see if it would have the same effect. The results were successful, coolsculpting does work! and in 2010 the FDA cleared CoolSculpting as a means of reducing fat tissue in specific parts of the body.

The medical term for CoolSculpting is cryolipolysis. This innovative treatment is quickly replacing liposuction as a preferred method of reducing fat and contouring the body. Liposuction is a surgical method that requires anesthesia and recovery time.

CoolSculpting, on the other hand, requires no pain, needles, surgery, or any other invasive methods. This makes it a very attractive solution for many people to rid themselves of stubborn body fat. It is meant to reduce small areas of fat such as a stomach bulge, love handles, arm jiggle, and even chin fat.

What to Expect During a Fat Freezing Treatment

Before an actual treatment, each patient meets with a CoolSculpting clinician one-on-one to discuss their body goals and what areas they wish to see improvement in.

The clinician develops a customized plan. In order for Coolsculpting to work, it may require two or more treatments depending upon the patient. Most fat freezing treatments last anywhere from 35 to 60 minutes.

During the actual CoolSculpting treatment, a gel pad and vacuum applicator are applied to the area you’d like reduced. The applicator sucks the fat, targeting and cooling them to a temperature of 40 degrees. Despite the cold temperature, the procedure will not harm the skin or any other organs.

The following are the most common questions people have about a CoolSculpting treatment in our Los Angeles Medical Spa. Here’s everything you need to know about what happens after a treatment.

Does Fat Freezing Work and Where Does the Fat Go?

The targeted fat cells are cooled so much it causes them to die and then they are naturally eliminated by the body. This happens gradually during the weeks and months following the treatment.

How Long Does Coolsculpting Last?

This is up for debate, but with on-going fitness and a healthy diet, it’s possible for CoolSculpting to last for years. One positive side effect of the treatment is that it motivates patients to stay on track and take even better care of themselves to retain the results.

The treatment itself may feel a little uncomfortable (as in really cold) for the first five to ten minutes until numbness sets in. The applicator uses a vacuum to suction sections of fat to be cooled. As a result, you may also feel some tugging, pulling, and/or minor pinching from the applicator.

However, most patients take advantage of the treatment to read, watch TV, scroll through their mobile device, relax, or even get a little shut-up. The session generally lasts an hour.

What are the Side Effects?

Some people experience a little redness, bruising, tingling sensation, tenderness, and more at the site of the treatment application. These are temporary and usually disappear after a few days or one week.

Is There Any Recovery Time Needed?

CoolSculpting requires no surgery or anesthesia so patients resume normal activities the same day as their treatment. That includes exercise, work, and normal, everyday activities.

How Long Does It Take For Coolsculpting To Work?

Coolsculpting does work! Many people can begin to see results in three weeks when the body begins eliminating frozen fat cells. It will continue to flush them out four to six months after a session. For many patients, two months after treatment is the sweet spot to see a noticable reduction in fat tissue.

If more than one treatment is needed, they are usually scheduled so that there are three months in between sessions.

Yes, the cosmetic procedure is safe. As of 2016, CoolSculpting was cleared by the FDA as a method for cooling fat cells. So far any reported long-term side effects from receiving the treatment have been very rare. CoolSculpting was developed after years of scientific research and perfected so that it’s now relatively comfortable for patients. It’s also now readily available at many cosmetic surgery clinics.

Who is a Candidate For CoolSculpting?

CoolSculpting is for people of a relatively healthy weight or a few pounds overweight that need a helping hand with eliminating stubborn fat. It is not a treatment for obesity. Is it used to help people who have been trying a healthy diet and exercise regimen for some time and still have problem areas that haven’t gone away.

Generally, people within 30 pounds of their ideal weight make a great candidate for CoolSculpting treatment.

Also, anyone who has been diagnosed with cryoglobulinemia, cold agglutinin disease, or paroxysmal cold hemoglobinuria should not receive CoolSculpting. These three medical conditions are exacerbated by cold temperatures.

CoolSculpting is used by both men and women of all ages to help them slim and sculpt their body.

Now that you read does coolsculpting work check out our before and after page because a photo says a thousand words. We have many CoolSculpting before and after photos showing successful CoolSculpting treatments done on the stomach, back, legs, arms, chin, and other areas that tend to hold onto fat. You can see the fabulous results for yourself.

With so many benefits of CoolSculpting and the convenience of avoiding actual surgery, it’s easy to see why CoolSculpting is taking the beauty world by storm and coolsculpting works!

In Los Angeles CoolSculpting treatments are offered on outpatient bases, Contact us now for a no obligation consultation.